The EU Referendum And Business BCL123 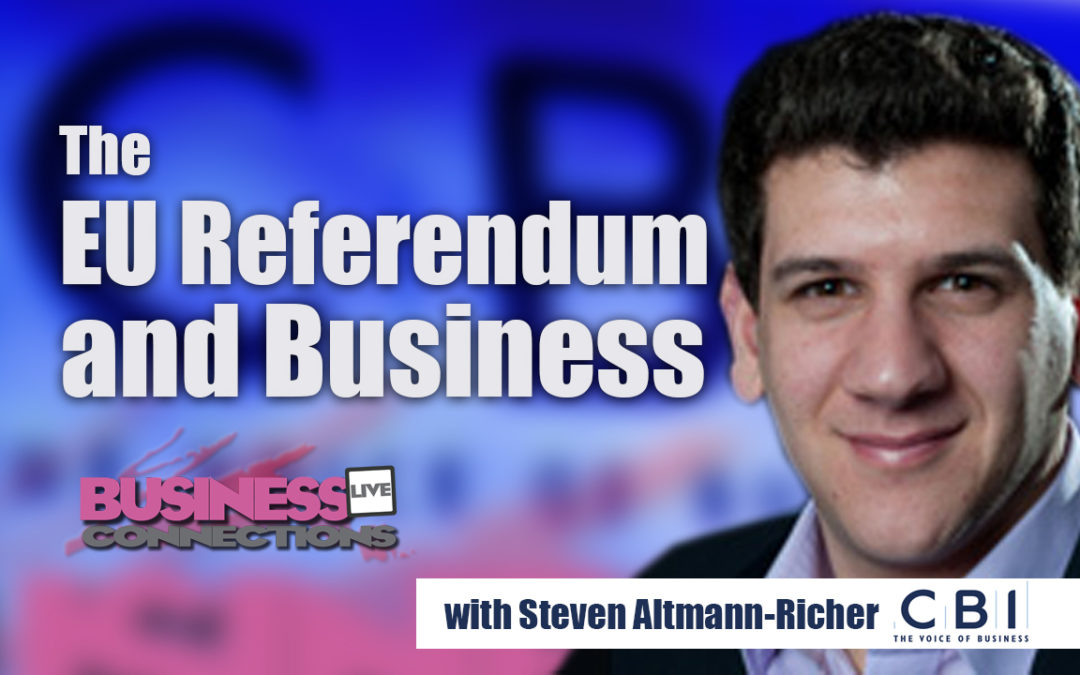 The EU Referendum and Business

On this edition of Business Connections Live we talk to Steven Altmann-Richer, Head of Group, Confederation of British Industry (CBI) about the EU Referendum and business. What effect will have on British business. If you haven’t made up your mind then watch this edition of the show.

The Prime Minister achieved his reform deal in Brussels on 19th February 2016. Campaigning has kicked-off ahead of an EU referendum which will be held on 23rd June. The choice of which future is best for the UK is one of the biggest decisions the country has faced for a generation.

The CBI, representing 190,000 businesses of all sizes and sectors across the country, is closely involved with the debate, assessing what it means for the business community. It has carried out detailed economic work on the relative costs and benefits of EU membership and the reforms needed to make the EU work better, as well as consulting its members far and wide on what is in the best interest of most businesses and the wider economy. Find out more about The EU Referendum and Business.

The EU Referendum and Business the case from the CBI:

What does In and Out really mean? 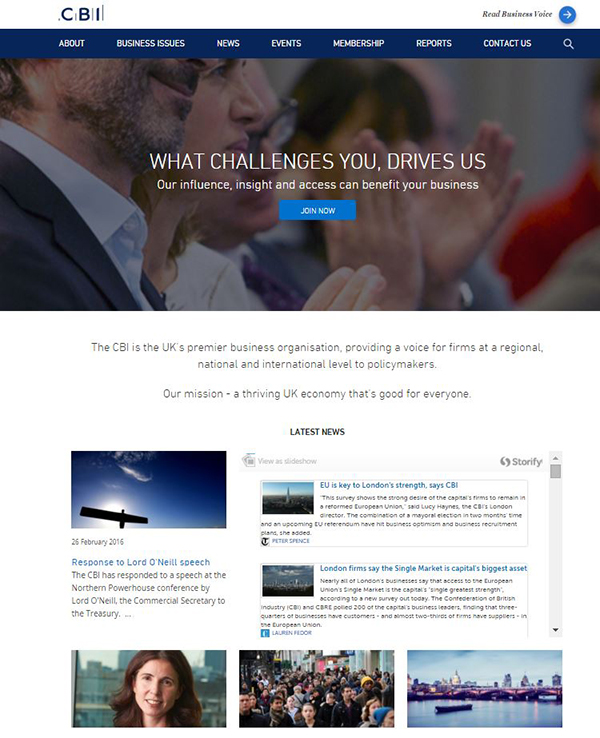 We are always looking for Industry experts…