Networking in the 21st Century BCL214 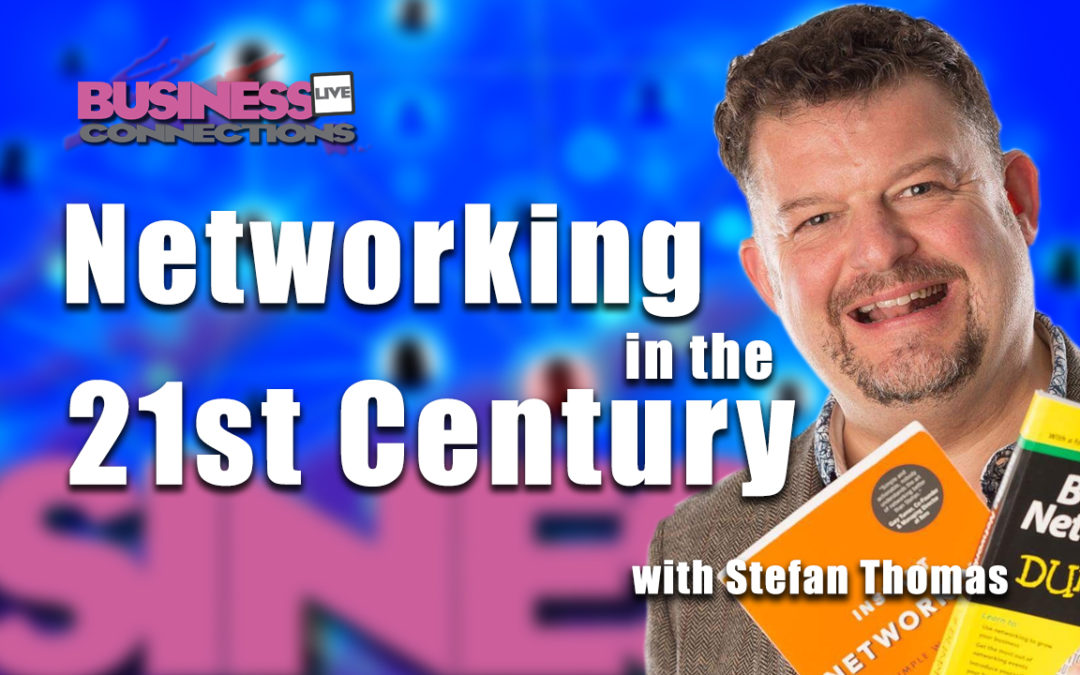 Networking in the 21st Century

On this edition of Business Connections Live Steve Hyland talks to Stefan Thomas author of Business Networking for Dummies and Instant Networking.why with so many options to network online, people are questioning whether “real life” networking has had its day.

Stefan believes that, far from being dead, face to face networking is the missing link which can still speed up the building of rapport and relationships. Instead of considering whether to use either one or the other, face to face and online networking perfectly complement each other, when handled correctly.

How do you network successfully?

We take you through the process, explain what to expect and why business networking is an ongoing strategy. Stefan explains how to use your social skills and why listening is as powerful and talking. Also, we discuss the cardinal sins of networking. What you shouldn’t do and why and how to network to your advantage.

Stefan runs The Networking Retreat which includes a huge amount of education and insight, giving you the strategies, techniques and material needed to be the successful networker you know you can be.

On this edition of Business Connections Live, Stefan will explain:

Learn the business fundamentals on how your business can achieve: