How to secure PR for your business BCL275

Position yourself as an Expert and Secure PR for your Business

The value of FREE PR for your business is immense… not only do you have the possibility to get exposed to a big audience, but people believe the media more than they believe traditional marketing campaigns.

So I’m excited to announce that we are going to have one of UK’s top experts on getting free PR: Rachel Taplin, to share some of her secrets.

Rachael will share with you how she appeared on over 70 radio stations in one day and was featured in one the UK’s largest daily newspapers from JUST ONE press release.

In her talk she will cover everything you need to know on how to become a media expert and secure thousands of pounds worth of publicity for next to nothing.

Who is Rachel Taplin

Rachael Taplin is a well-known businesswoman and entrepreneur; her determination is commended and respected at the highest levels and she has recently been recognised as one of the top 50 UK Inspirational Women in the UK. She now dedicates her time as The Media Match Maker, training and helping entrepreneurs and business owners to be inspired to use PR and secure publicity for themselves whilst also connecting them direct to the UK media and journalists. Rachael will be sharing with you today how to secure ongoing publicity and be recognised as the expert.

Rachael has achieved her own personal media exposure within local, regional and national press, on radio and TV, she has also appeared within most of the national glossy magazines and has worked with lots of well know celebrities, so it’s safe to say she knows what’s she’s talking about.

Rachael will cover everything you need to know on how to become a media expert and secure thousands of pounds worth of publicity for next to nothing. Rachael will share with you how from one press release she appeared on over 70 radio stations in one day and was also featured in one the UK’s largest daily newspapers. The principles you can apply and use yourself so that you will soon be gaining media exposure for your business.

On this edition of Business Connections Live, Rachael Taplin will explain:

New Media Marketing is the new buzz word amongst internet marketers. On this programme legendary global speaker Frank Furness shares some of the secrets of successful online and offline marketing.

Connecting and communicating with existing and future clients is becoming increasingly more important. Social media platforms have developed and now should be used as part of any strategic marketing campaign. Marketing has changed dramatically and Frank will explore the science of using the internet to connect with existing & future clients, create brand awareness and use the latest tools, software and technology to put companies ahead of the competitors and be seen as leaders in their field. 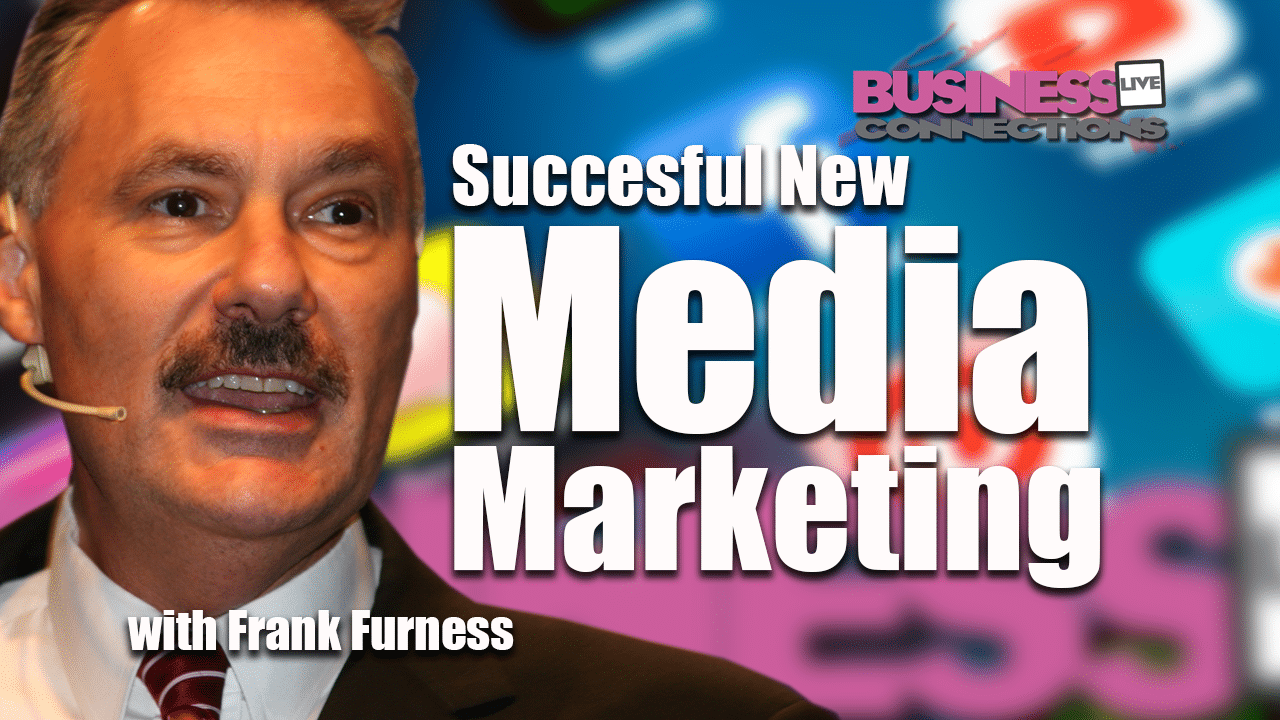