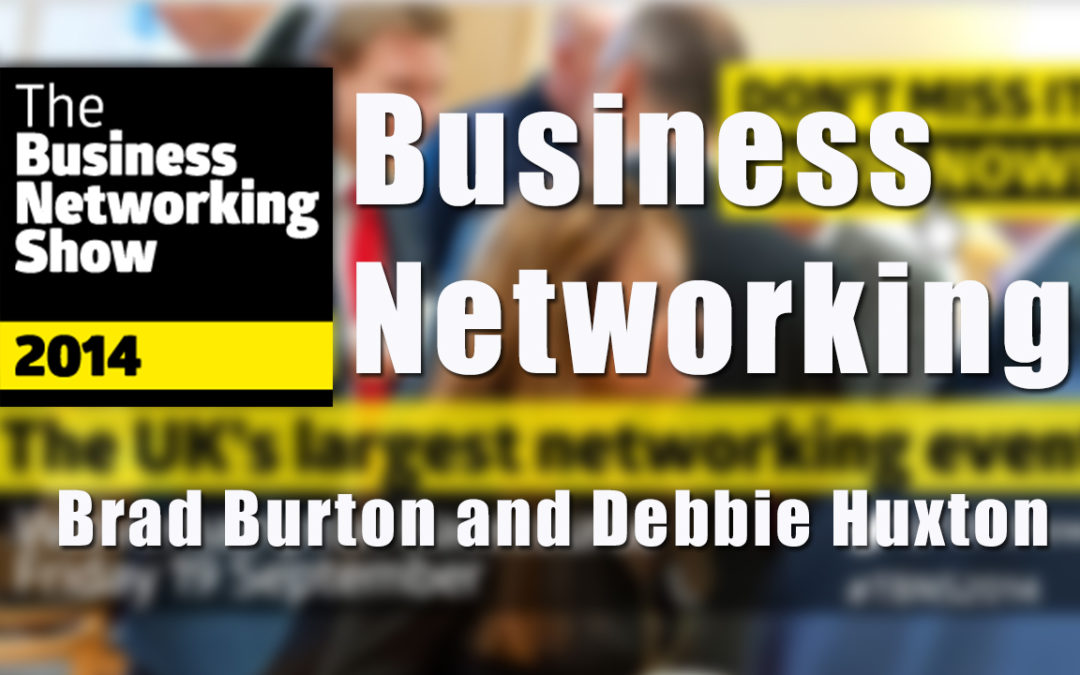 Business networking every business needs to do it. But what events are there for effective Business Networking

On this edition of Business Connections Live Brad Burton and Debbie Huxton.

The Business Networking Show This is the largest networking event of its kind ever seen in the UK!

Members of all major UK business networks across the country will be there giving you the chance to network with people you’ve met in real life, people you’ve ‘met’ online and people you’ve never met before.

Her work and new book, Little Book of Big Wisdom are making real waves in the coaching arena, helping people deal with ‘their thing’.

Debbie Huxton: says “Success can be as easy as A,B,C …”

Do you believe in happily ever after? We all have a story about our life and its experiences. How we tell this story can be the difference between our success and failure. Do you ever wonder why you haven’t quite achieved your goals, don’t feel successful, or that you deserve to be successful? What What story do you tell? Used to saving the lives of others as an emergency nurse, when Debbie’s life hit rock bottom she knew she had to take some of her own medicine by changing the ending of her story, and applying her A, B, C, she transformed her health, her wealth, her relationships, her whole life. Now she will share with you how she and many other successful entrepreneurs did it, and how you can do the same. Are you ready to make a life for yourself and not just a living?

Find out more about Debbie and what her presentation at the Business Networking Show will Cover.

There are times in every business where workplace motivation dips, times when people forget what made them great as a team or the reason ‘why’ is lost.

That’s where Brad comes in.

Yes he wears jeans, T-shirts and has tattoos. It’s all part of the magic, the charm; the charismatic approach of understanding that to be a success in business it’s not what’s on the outside it’s about having a positive mindset. Brad is the founder and MD of 4Networking a business networking company that runs 5,000+ events every year in the UK alone. He’s also written the highest rated and reviewed business books on Amazon. Brad knows his stuff. Inside out.

But it wasn’t always like that… He has no qualifications, had no finance, no real idea, but he had, the one thing he really needed to be a success … Belief